We Are Above It All Roofing Inc.

Veteran-Owned and Operated for Over 27 Years!

Above It All Roofing, Inc has been roofing Southern California for over 27 years! Our staff has an extensive knowledge of roofing and framework, and understands what fits best both structurally and aesthetically on your home or office building. Unlike other roofing companies, we have guarantees on labor and materials and are fully licensed and insured. We additionally have the most competitive prices on the market, and excellent references!
We can provide any roofing needs for a new roof or repair any existing roof:

Above It All Roofing, Inc is a BBB A+ Member!

The Better Business Bureau only awards the distinguished “A+” to those business members that excel in their local area of business.  Accredited businesses must meet accreditation standards and these additional standards:

1. Accredited Businesses must be in business in the BBB’s service area for not less than one year (unless the principals previously operated a firm with a satisfactory record in this or another BBB’s service area or the firm is a branch of an existing accredited business that has met standards), and

2. In the case of unresolved complaints, the accredited businesses must agree to participate in and comply with any decisions rendered through a formal dispute settlement process.

Meet the Above It All Roofing Team

We Have a Combined 75 Years of Roofing Experience!

Mike is a veteran of the United States Submarine Service, where he served as a Sonar Electronics Technician aboard the Fast Attack Nuclear Submarine U.S.S. Wm H. Bates SSN 680. Earning the distinguished Dolphins Insignia, “Qualified in Submarines”. 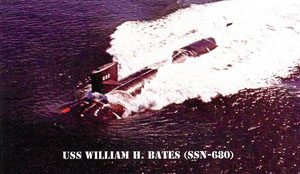 After the Navy, Mike worked for TRW as a Research Analyst in the defense sector for ten years. After the collapse of the aerospace industry in the early 90’s, Mike worked in general construction for several years. He founded Above It All Roofing, Inc based on the principles he learned from his Naval training. Above It All Roofing, Inc is at the top of the popular Angie’s List website. Here, people can find contractors to hire based on the grades received from their customers. 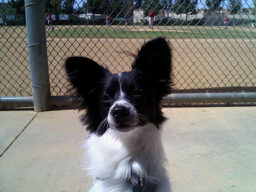 Mike is a veteran of the U.S.S. William H. Bates, and an officer and member of the American Legion.

Scott is a California native, originally from Rancho Palos Verdes. Upon high school graduation Scott joined the U.S. Navy with close friend and Above It All Roofing, Inc President, Mike Allen. He served as a Sonar Technician and earned his Dolphins aboard the Fast Attack Nuclear Submarine, U.S.S. Gurnard SSN 662. While home ported in San Diego, Scott was deployed many times to the western Pacific Ocean and beyond. 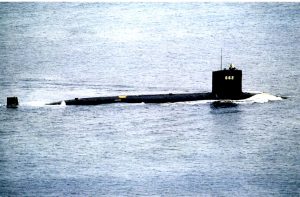 Scott has worked in several trades and the home improvement industry since 1982, specializing in roofing, windows and doors. As a Sales and Product Specialist, Scott is a proven professional in both the public and private sectors, dedicated to ensuring customer satisfaction.

Scott is married and has a lovely daughter attending college, and follows Major League Baseball.

David Brunn has worked in customer service and consulting for over 17 years in Southern California. He prides himself on exceptional customer service by establishing trusting relationships and providing thorough information about products and services. David makes himself readily available for answering questions or discussing concerns.

David’s friendly attitude and dedication demonstrates that his customers are his top priority at Above It All Roofing, Inc

David is married with a daughter.

Jon Tippin is originally from Pensacola. Florida and is U.S. Air Force Veteran. He spent his younger years shaped by military training. Jon transitioned to Captaining marine vessels in the tourist industry after the service on U.S. Coast Guard boats. His experience in the tourist industry taught him how to relate to customers and provide a great experience and service. Jon is an easy person to relate and identify with. He has spent 25 years as a Chief Officer on ships (Merchant Mariner) managing cargo and stability aboard a 285 ft supply ship in the oil and gas industry.

Jon’s organization and attention to detail makes it easy to take care of his customers needs and concerns. Jon brings a diversified list of experience to the “Above It All Roofing” team.

Jon is an active mountain biker, snowboarder, loves camping and most of all boating which he enjoys doing with his 12 year old son.

The Angie’s List Super Service Award is given to service providers that have shown exemplary service in their field. The award is given only to the top 5% of Angie’s List providers and is based solely on client reviews. It is a rare and coveted award, and Above It All Roofing, Inc is honored to have received it.

Above It All Roofing, Inc scores Top 21 in Expertise.com!

Expertise.com’s goal is to connect people with the best local experts. They scored Irvine Roofers on more than 25 variables across five categories, and analyzed the results to give you a hand-picked list of the best. Above It All Roofing scored in the top 21.